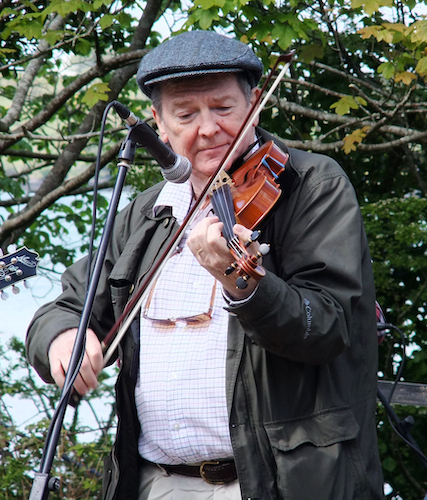 Kevin Burke was born in London to parents from Sligo. He began learning to play fiddle from around the age of seven and absorbed the music he heard played around him by migrant musicians. As a teenager he played regularly in pub sessions around London and with the Glenside Céilí Band. He also speaks of the influence of the folk revival on Irish music and his time with the Bothy Band. Please note: This was the second attempt at an interview. On the first there were technical problems. In the interview there are a few references to what had been said previously.

Photograph taken by Sara Goek at the Baltimore Fiddle Fair, May 2012